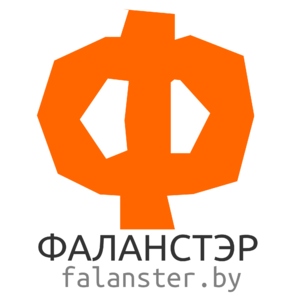 We are a team of social innovators. We help to create a more autonomous and dynamic Belarusian society through open and free, digital and humanitarian technologies.

We promote the widespread use of open source, open hardware, content, transparent approaches to governance and decision-making. Also we support use of free-culture movement principles among local communities, civil organisations, activists, citizens and official institutions.

For this we want to redistribute power with the help of educational, organisational, and infrastructural activities. We are eager to reveal the nature of digital technologies and show own-implemented practical examples of how it can be directly and practically applied by society and citizens.

The result of our work is a society that is actively involved in law-creation, development and decision-making.

At present we have three main activities:

Falanster is an EVS accredited organization, the founder of Wiki-community User-group, co-founder of the Young Pirates of Europe, a member of the Pirate Parties International, a branch of Creative Commons, a member of WebWeWant network, and is actively engaged in international activities.